Jewelry can be considered a girl’s best friend, different pieces were worn to symbolize different messages such as security, wisdom, elegance, and prosperity. Many women like to wear jewelry as a symbol of femininity or to showcase social status. Jewelry can also make a woman feel confident and beautiful.

Some even take it to the next level. For those Jewelry lovers, for sure you know the beautiful Elizabeth Taylor known for her extreme love for jewels and not just any jewels but luxurious jewels!

Elizabeth is viewed as a bonafide jewelry icon to a new generation of connoisseurs and collectors alike. One of her greatest passions is jewelry, and over the years she has amassed one of the world’s foremost collections. By the time she was in her thirties, Elizabeth Taylor already owned an outstanding set of Burmese rubies and diamonds from Cartier, a fantastic emerald and diamond suite from Bvlgari and the 33.19-carat Krupp diamond, a gift from Richard Burton.

And of course, another iconic woman for her love for jewelry, Zha Zha Gabor. Her love of glittering jewelry, designer couture and everything luxurious was almost as legendary as her most famous catchphrase.

Now here’s my list of ultra-luxury jewelry pieces that would surely make you drool.

Mouawad’s 637-ct. L’Incomparable diamond necklace has been named the world’s most expensive necklace by Guinness World Records, according to media reports, with a valuation of $55 million. The statement gem on the 18k gold necklace is the 407.48-ct. “Incomparable” diamond. The natural fancy deep-yellow shield step‐cut diamond is the largest internally flawless diamond ever graded by the Gemological Institute of America.

Other pieces will also stun you like these celebs. We know that when celebrities take to the red carpet for an event, no matter how bedazzling their star power is, they always want to make sure their outfit amps up their sparkle. That’s why so many famous names call on Mouawad to help them do just that. Over the years, there have been many memorable examples. Among them is Hollywood star Amy Adams at the 85th Academy Awards, the same year she was nominated for best supporting actress. Adams hit the red carpet wearing Mouawad 12.67 carat diamond and white gold earrings, a 68.30-carat diamond and platinum bracelet, and a 10.67-carat diamond and white gold ring – whose total value was over a million dollars.

Back in 2010, the Graff Pink diamond broke the record for the most expensive single jewel to ever be sold at auction, selling for $46 million at a Sotheby auction in Geneva. Purchased by Laurence Graff, this rare “fancy intense pink” diamond is now mounted on a platinum ring along with two shield-shaped diamonds. Since purchasing the diamond, Graff has reportedly improved the color and clarity of the gemstone, which has likely increased its value even further.

Aside from this very luxurious beauty a lot of luxurious jewelry pieces are also spotted being worn by celebrities like Cate Blanchett. While we don’t know exactly how much the Chopard earrings cost, we do know that Cate’s jewelry combination at the 2014 Oscars (earrings, bracelet, and one ring) was worth $18 million.

La Peregrina is considered the world’s most symmetrical pear-shaped pearl. Called the “Wandering Pearl”, La Peregrina had a long history before ending up in the hands of Cartier to create a necklace for its then-owner, Elizabeth Taylor.

The 55-carat pearl is believed to have been discovered off the coast of Panama in the sixteenth century and ended up in the hands of Spanish royalty.

King Phillip II of Spain gifted the pearl to Queen Mary I of England. Upon her death, Queen Elizabeth I returned the pearl to the Spanish Court. The magnificent pearl would end up in Joseph Napoleon’s hands and he would return it to England as a gift to Duchess Louisa Hamilton. In 1969 La Peregrina was purchased by English actor Richard Burton who gave it to his bride, Elizabeth Taylor, as a Valentine’s Day gift.

Elizabeth is responsible for commissioning Cartier to create a necklace featuring La Peregrina. The necklace showcases the 55-carat pearl as a pendant-style necklace filled with beautiful diamonds.

Cartier is also very popular among celebs like the stylish American Hustle star Amy Adams donned some serious frosting at the 2011 Academy Awards. She wore a total of $1.3 million in Cartier jewels, including a platinum and diamond emerald secret watch bracelet and matching necklace.

Best known for its fictional role in the movie The Titanic, Harry Winston fashioned his own version of the Heart of the Ocean diamond necklace. Featuring a 15-carat real blue diamond and valued at $20 million, Winston’s version is certainly one of the most expensive necklaces in the world.

Popularly known as the ‘King of Diamonds’, Harry Winston opened a shop under his name in 1932 and had to never look back. Winston owned multiple world-famous diamonds with incredible stories attached to them such as – The Hope Diamond, The Indore Pears, and The Louis XIV.

Celebrities also love it like Charlize Theron who isn’t afraid to bust out the bling and in 2014, she turned to Harry Winston for her red carpet accessories. This diamond-cluster pendant is worth a cool $800,000

Another extraordinary creation from Boucheron, Plastron Émeraudes is a high jewelry piece that’ll have collectors scrambling for a first look. But with a retail price of over US$4 million, it’ll cost them a pretty penny in the process

When Angelina Jolie walked the 2009 Oscars red carpet in a pair of the now-famous emerald-drop earrings, it went down in history as one of her best (and most expensive) award show looks ever. The 115-carat Lorraine Schwartz stunners cost a cool $2.5 million. With their brilliant color and shine, we can’t say we’re surprised!

Aside from Angelina Jolie, celebrities like Beyonce, Lady Gaga, Sofia Bergara, and many other celebs are spotted wearing luxurious jewelry pieces from Lorraine Schwartz.

This ring really does go by this name. Tiffany’s gemologists spent years searching for a diamond with this much clarity and color – it has a D color – in this size. The diamond is 12-carats. It’s surrounded by dozens of much smaller diamonds and set in a platinum band. This ring is only for the very wealthy.

While this ring is a stunner a much more expensive piece can stun you, Arriving at the 2019 Oscars, the multi-talented siren wore a $30M 128.54-carat Tiffany Yellow Diamond necklace and earrings by Tiffany & Co.

This iconic yellow diamond is the famous jewel house’s most historically significant stone, having been previously worn by Audrey Hepburn while promoting Breakfast at Tiffany’s.

David Yurman’s son, Evan Yurman, created this $2 million blue tourmaline and diamond David Yurman necklace, which he named the Lagoon Tourmaline necklace. At that price tag, it makes this necklace the most expensive David Yurman piece ever created.

Gem Dior, launched in celebration of Dior Joaillerie’s 20th anniversary, comprises 99 pieces of – for lack of a more fitting term – multicolored bling, each of which was meticulously designed by Victoire de Castellane. The most expensive piece in the collection is a diamond necklace showcasing a 10.62-carat pink sapphire in the middle, worth 1.9million euros.

Gem Dior is also popular with celebrities like Kylie Jenner in wearing a gold Dior necklaces in one of her posts on Instagram.

For the worldwide premiere of the heavily anticipated Ocean’s 8, Rihanna chose a pair of Bulgari Giardini High Jewelry earrings paired with Serpenti Incantati watch. The Serpenti collection is one of Bulgari’s most iconic styles. It’s especially eye-catching from Laura Harrier’s recent appearance in Cannes.

Paired with a black sequined dress (also Gucci), the necklace added color to an otherwise all-dark outfit. That pop came courtesy of a mix of opals, purple-pink sapphires, lagoon tourmalines, red spinels, chrysoberyls, mandarin garnets, green tourmalines, and diamonds, which were ultimately set in white gold. Altogether, Miller’s necklace cost more than $500,000 — AKA over half a million dollars.

Costing more than nearly every current model of car that Aston Martin produces are the Bijoux Bulle Earrings which are priced at $190,000 dollars. These earrings feature an 18mm White South Sea cultured pearl in each earring which are then adorned with 3.5ct of diamonds that are set in 18kt white gold. While these earrings are elegantly subtle, their price tag certainly isn’t.

The Comet earrings are a beautiful mix of blue and shining silver from the diamond and sapphire used. The mount and back used are all made from 18 karats white gold which is across the back of the cloud and shooting star design. The cloud shape is crafted from the rich blue sapphire while the comet and other small dots are made from diamond. These earrings are discrete but stunning but cost a ton.

The most expensive Hermes bracelet that is offered for sale on the market is the Hermes Horse Head in a bangle style in yellow gold. This magnificent piece has an estimated retail sale value of $35,500. This is a showpiece accessory that is suitable for display in a collector’s case, but it’s also meant to be worn to display its radiant beauty to the world. It’s a stunning horse head bracelet that is handcrafted by professional artisans at the Hermes Paris, France workshops.

An enchanting moon charm handcrafted in 18ct yellow and white gold. A central planet hand set with white diamonds sits alongside a polished 18ct yellow gold crescent moon that playfully spins on its axis. Designed with a diamond bail clasp, 1.98ct diamonds, and a high polish finish, graduated brown diamonds beautifully frame the moons and are accented with black rhodium. you’ll love them.

Van Cleef introduced the Magic Alhambra line in 2006, but the original Alhambra collection was unveiled back in 1968 and went on to catch the eye of another glamorous royal: Princess Grace of Monaco. The former movie star wore her malachite necklace (bought in 1974) layered with others in rock crystal and tortoiseshell. More recently, Princess Charlene of Monaco, who is married to Princess Grace’s son, Albert II, added a light blue Alhambra necklace to her own jewelry collection.

Kate’s £5,400 two-charm earrings and £7,850 six-charm necklace feature the signature quatrefoil motifs of the French luxury brand, emblems inspired by the magical Moorish architecture of the Alhambra in Spain. The charms are reminiscent of the talismanic shapes rendered in tile at the historic Spanish palace; the overlapping circles akin to Moorish archways.

Celebrities like Mariah Carey were also seen wearing Alhambra Magic ear clips, Alhambra necklace and pendant, and Butterfly rings. If you look hard enough, you’ll start to see Van Cleef &amp; Arpels&#039; Alhambra necklace all over Hollywood. As a casual statement piece that can be worn at any time of the day or night, a handful of celebrities, including Reese Witherspoon, Mariah Carey, Cameron Diaz, and Paris Hilton, have all flaunted the signature strand in a variety of finishes, including mother of pearl.

Buccellati’s crowning achievement for its January 2021 high jewelry collection is the Moon Powder necklace It showcases the intricate honeycomb and open-work techniques that sets this Milanese jeweler apart Flexible and improbably light, the firm’s goldsmiths have drilled away to remove all but the most essential metal to reveal the diaphanous beauty of the 304 diamonds that shimmer in this delicate yet striking bib necklace White gold

These masterpieces are so gorgeous that they would really make your heart beat fast, you can’t blame Elizabeth Taylor for her never-ending love for jewelry. You’ll truly fall in love with these beauties.

Did you enjoy the list? Which one do you dream of having? Do you own one of these luxury brand’s jewelry? Share with me in the comment!

Next Post:
Top 20 Purses Of Fall 2021
Previous Post:
25 Skincare and Wellness Tips by the Best in the World 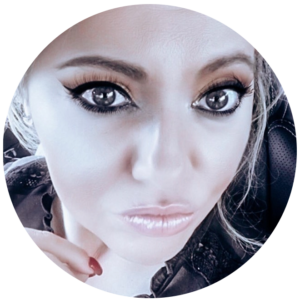